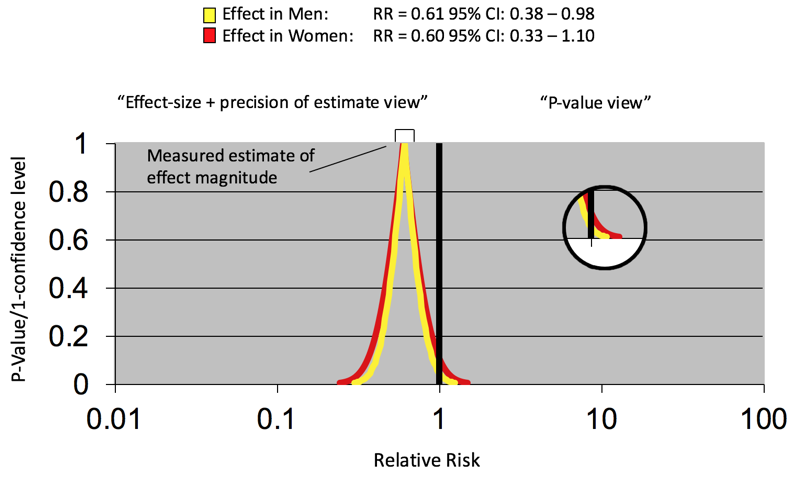 Their work was published in JAMA Cardiology.

P values and hypothesis testing methods are frequently misused in clinical research. Much of this misuse appears to be owing to the widespread, mistaken belief that they provide simple, reliable, and objective triage tools for separating the true and important from the untrue or unimportant.

The primary focus in interpreting therapeutic clinical research data should be on the treatment (“oomph”) effect, a metaphorical force that moves patients given an effective treatment to a different clinical state relative to their control counterparts. This effect is assessed using 2 complementary types of statistical measures calculated from the data, namely, effect magnitude or size and precision of the effect size. In a randomized trial, effect size is often summarized using constructs, such as odds ratios, hazard ratios, relative risks, or adverse event rate differences. How large a treatment effect has to be to be consequential is a matter for clinical judgment. The precision of the effect size (conceptually related to the amount of spread in the data) is usually addressed with confidence intervals.

P values (significance tests) were first proposed as an informal heuristic to help assess how “unexpected” the observed effect size was if the true state of nature was no effect or no difference. Hypothesis testing was a modification of the significance test approach that envisioned controlling the false-positive rate of study results over many (hypothetical) repetitions of the experiment of interest. Both can be helpful but, by themselves, provide only a tunnel vision perspective on study results that ignores the clinical effects the study was conducted to measure.